The fight for gun rights is raging across America and Minnesota right now.

Just last night, over 1,000 anti-gun radicals swarmed the steps of the state capitol in St Paul for a rally to take your guns away.

Every Bloomberg/Soros funded gun control group you can think of was in attendance along with a flood of anti-gun Senators, House Reps and of course, Governor Tim Walz! 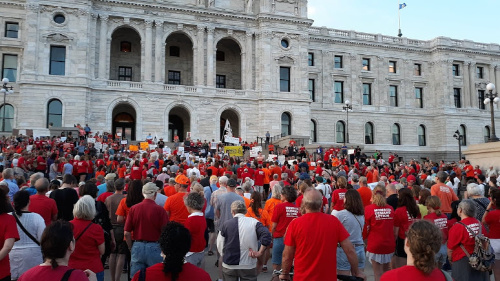 (A gun control mob at the MN Capitol, demanding the death of gun rights)

They screamed. They ranted.

Then notorious anti-gun Senator Ron Latz, doing the bidding of his boss, Michael Bloomberg, took the podium, stoking their hatred of gun owners and demanding his signature gun control bills be passed into law. 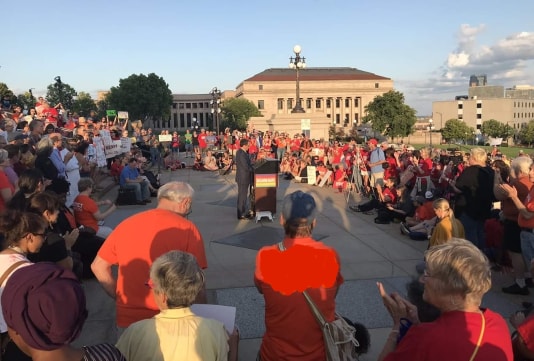 (Sen. Ron Latz surrounded by a sea of anti-gunners, attacking the Second Amendment)

Every anti-gun media source in the state was in attendance, racing to see who write up the most anti-gun (fake)news articles to flood the airwaves, television and social media with their America-hating propaganda!

But don’t think for a moment this rally was a lot of “concerned moms” or “terrified students” as the media would try to spin it.

It was anything but.

This rally brought out the most radical, psychotic leftists in our entire state to demand our freedoms be surrendered! 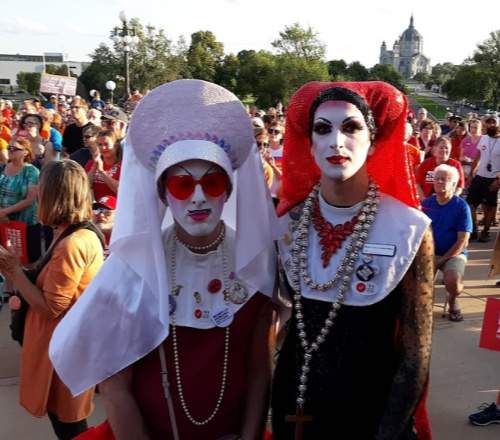 THIS is the face of the anti-gun socialists in Minnesota and if they get their way, if there is a special session on gun control, they will stop at nothing to see our gun rights taken away completely.

But of course, that wasn’t all.

Governor Tim Walz took to the podium, using his military service as a crutch to call for the surrender of modern sporting rifles like the AR-15.

He demanded strict gun control laws, all the while refusing to address getting rid of the deadly ‘Gun-Free Zones’ which have been the target of nearly every mass shooter in modern America!

In the end, holding his pen in hand, he raised an angry fist to the sky shouting “With this pen, I will sign it (gun control) into law!” as the anti-gun crowds roared in approval. 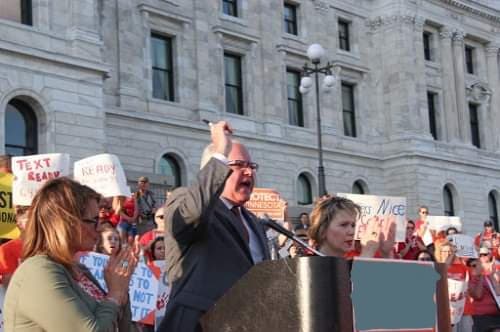 To that we say, “Over our dead political bodies, Governor.”

Our forefathers did not bleed the ground red in countless battles to win us a free nation, just to have our freedoms stripped away by tyrants like Governor Walz and his ilk!

Our forefathers did not defeat the world’s most powerful military force and carve a nation out of an untamed land to let our freedoms be gutted!

Our forefathers did not etch our God-given, inalienable right to self defense into that Declaration of Independence to have two-bit politicians in St Paul try to hack them out of our Constitution!

If you agree, FIGHT WITH US!

Take action immediately to help put the breaks on this attack before gun control becomes a very real reality for us.

Call, email and Facebook message or Tweet Senate Majority Leader Paul Gazelka and tell him HELL NO to a special session and to this gun control agenda!

Governor Walz will only move forward with a special session if he has the go-ahead from Senate Republicans.

And with Republicans all across America like Lindsey Graham, Check Grassley, John Thune, Dan Crenshaw and others calling for “Red Flag Gun Seizures”, we can’t take any chances on our MN Senate.

Once you’ve done that, please forward this email to every gun owner you know in Minnesota and ask them to do the same.

Politics is a game of numbers.

If we can put more emails, phone calls and messages into St Paul than the anti-gun activists, then we have a very real chance at stopping this gun control.

But in order to identify and mobilize more gun owners to FIGHT for their freedom by putting pressure on their lawmakers, please consider making a generous contribution to Minnesota Gun Rights right away.

I don’t know what fits your budget and I don’t take this request lightly. But I need your help.

Thank you for standing tall for your gun rights and fighting with Minnesota Gun Rights!

Not a member? Join HERE!
Already a member? Contribute HERE!

The Cancer in the Gun Rights Community…