In case you missed it, Thursday evening gun owners had a great victory in the Senate as Senator Ron Latz’ gun control amendments were narrowly defeated — for now!

To view the results of that vote, please see the email below this message.

But what is even more important as the results of the vote is the political maneuvering that got us there and where we’re at in the gun rights fight going forward.

For all the details of Thursday’s vote and to hear the truth about the fight for gun rights in St Paul, please click this link or the image below to watch the live-streamed video that we prepared for you. 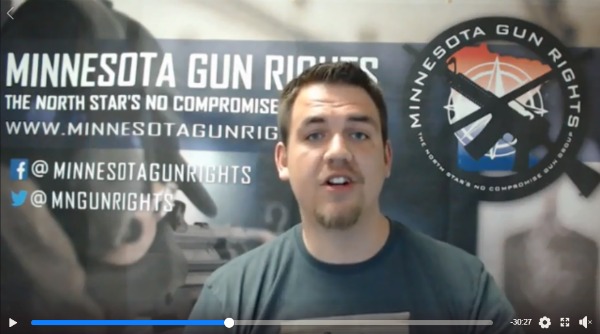 This fight is far from over as anti-gun legislators like Dave Pinto, Linda Slocum and others will try again and again to cram the many omnibus bills with their gun-control amendments.

More than that, with weak “pro-gun” legislators in St Paul looking to do a deal in the House, everything is on the table.

That’s why we need to keep the pressure up in St Paul and make sure these politicians are getting the message loud and clear that if they want to cram gun control into law, they’re going to face angry, mobilized gun owners at election time!

So please click on this link to our Action Center and send our PRE-WRITTEN email, Facebook message, Tweet and phone call to your Senator and Representative telling them NO COMPROMISE on your gun rights!

When you’re done, please consider a contribution to help us mobilize even more gun owners to this fight and keep our vital programs running full tilt!

Thank you for all your help so far this session and let’s not give a millimeter to the gun-grabbers in St Paul!

It was a very long day in the Senate but in the end, gun owners won the day.

Tomorrow I’ll have a full report of what happened in the Senate but for now I wanted to make sure you saw the results!

Senator Ron Latz’ amendment to add Bloomberg’s Red Flags (gun seizures) bill to the omnibus bill today FAILED with a vote of 37-29. Check out the image below for the entire vote count. 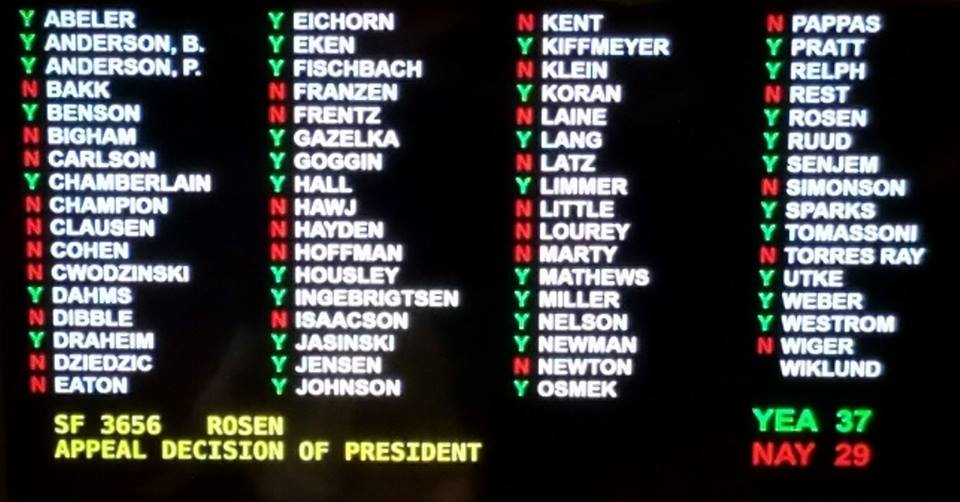 Ron Latz’ amendment to force Bloomberg’s Universal Background Checks amendment onto the senate omnibus vote FAILED with a count of 36-30. Again, all the votes are on the image below! 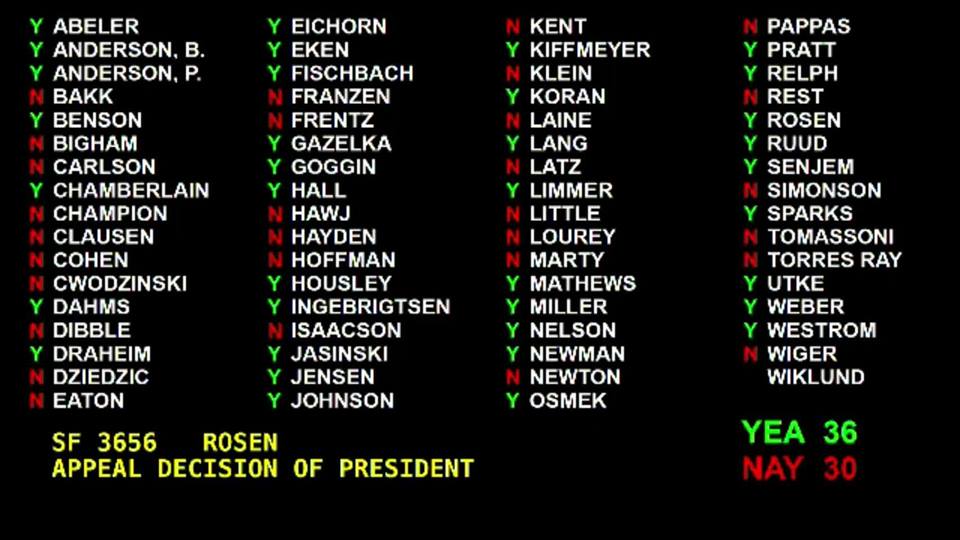 With a very slim majority vote, gun owners managed to STOP both amendments from being added to the omnibus bill today.

To view our live stream video wrap-up of what took place at the capitol today, please click on this link or the image below! 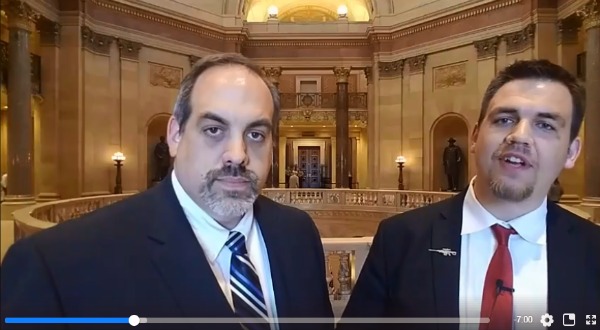 But the fight is not over.

We had good success today but tomorrow the fight for our gun rights doubles down in the House as news sources all across the state are reporting that Speaker Daudt is working backroom deals to stab gun owners in the back and pass major gun-control through his House chamber in the very near future!

So we can’t let up the fight for a moment!

More on that coming soon.

Tomorrow we’ll have a far more detailed account of what happened here today but for now we wanted to make sure you saw the vote!

Thank you for all your activism so far this session and stay tuned!

To Contribute to help us FIGHT, GO HERE!

A Win in the Senate – Fight Coming in the House!