The Culture War Against Guns is Raging!

The Culture War Against Guns is Raging! 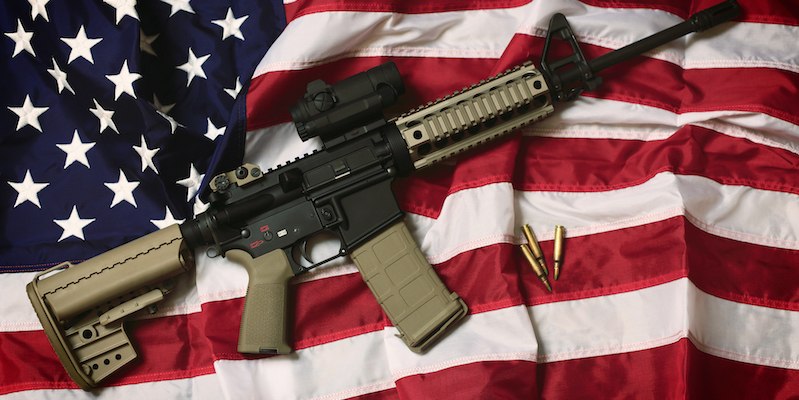 The radical left in America are determined to not only take away your right to keep and bear arms, they want to erase the very memory of our beautiful Second Amendment forever.

These America hating liberals know that standing between them and their goal of turning this great state (and our entire country) into a third world nightmare, are millions of proud gun owners who are committed to fighting to preserve our heritage of freedom.

It is this heritage — a heritage paid for by the blood of our forefathers — that enrages these sick people.

They know that as long as gun owners continue to pass their love of the Second Amendment down to the next generation, there will always be proud Americans willing to stand up for freedom.

And that’s why they are targeting your children and grandchildren like never before, trying to convince them that gun owners ad patriots are evil people who must be destroyed.

That’s why HBO announced that they are remaking all future Looney Tunes episodes without any firearms. 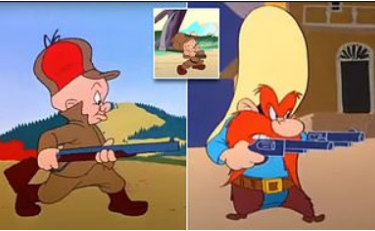 (Elmer Fudd and Yosemite Sam will be operating in a ‘Gun Free Zone’ from now on, as Hollywood liberals have decided to remove guns from any future episodes of the classic Looney Tunes series.)

Other shows that involve firearms, like ‘COPS’ which has been on the air for decades, has also been pulled from the networks in recent days, because it supposedly glorifies guns, police officers and violence.

Hundreds of thousands of school aged kids have been allowed out of school over the last two years to march against the Second Amendment in televised rallies — but if your child left school for a gun show he or she would be expelled for the year!

Nickelodeon is about to make this issue very personal for my 4-year old son, as they are about to pull their animated character ‘Chase’ from their popular show, “Paw Patrol.”

‘Chase’ is about to get cut from the show because his character is a police officer who, according to today’s Antifa nutjobs, typifies guns, authority, and toxic masculinity. 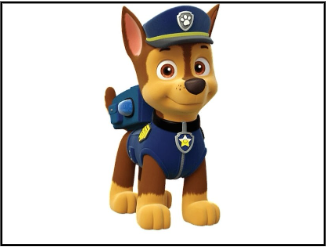 (Nickelodeon is about to pull ‘Chase’ from their popular show “Paw Patrol,” as he’s now considered a bad influence on kids because he represents law and order.)

Clearly Antifa, Hollywood elites, the media, and radical leftist politicians are going ‘all in’ as they do everything they can to attack our way of life and make us ashamed of who we are!

Deep down they know that this country is at some sort of peak right now…between the Covid shutdown, the riots, the national unrest, the attacks on President Trump…people are choosing sides, and they are hoping to tip the scales in their direction.

And make no mistake, this wholesale culture war that the left is waging on our streets, in our schools, and on our TV screens, has everything to do with your Second Amendment freedoms.

You see, most pro-gun lawmakers like the ones we have in St. Paul right now are weak, everyone knows that, especially the members of Minnesota Gun Rights. But the more the left can demonize gun owners and our Second Amendment freedoms — the weaker these politicians get.

That’s why Republicans in St. Paul won’t move Constitutional Carry or Stand-Your Ground-Law. That’s why they are supporting ‘Red Flag Gun Seizures.’ That’s why we have a Governor who is advocating for the most radical forms of gun control.

They are all trying to appease the same radical leftists who are looting in our streets, lighting buildings on fire, terrifying citizens, and murdering cops. 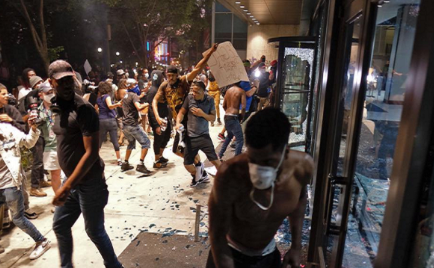 (The radical left hates gun owners like you and me and is engaged in a full scale culture war against us, while defending violent thugs like the ones above who are burning our cities.)

It will never work, and they are fools for even trying.

This is a culture war, a fight for the future of our country, and there can be no half-measures with these socialists who want to disarm all of us, destroy President Trump, and turn America into a Third World nightmare.

And we’re going to fight like hell to protect the freedoms that we have in this state so that our children’s children can look back and know that we did everything we could to preserve the flames of freedom in our lifetime.

If you agree, then I hope that you will stand with us by becoming a member of Minnesota Gun Rights today.

Click here for a standard annual membership that comes with a T-Shirt and decal (at $75 or above).

If you’re already a member in Minnesota Gun Rights, then I hope you’ll consider a generous and immediate donation to help us stand in the gap and fight for you.

If the far left is able to demonize gun owners and launch these types of attacks against our freedoms without push back, it won’t be long before we lose our freedoms all together.

Please take a stand for the future of our freedoms today!

P.S. Antifa thugs, socialist politicians, Hollywood elites, and the media have all teamed up to destroy our beautiful Second Amendment as part of their plan to destroy this great country.

Standing in their way are millions of proud gun owners. But these leftists are determined, and since they know that they can’t shame you into giving up your love for the Second Amendment — they are targeting your children and grandchildren with everything they have, as you’ll see above.

Weak Republicans are refusing to fight back. But Minnesota Gun Rights is fighting with everything we have. And we need your help now more than ever to defend our great Second Amendment!

Please get involved with the work of Minnesota Gun Rights NOW!

Click here for a standard annual membership that comes with a T-Shirt and decal (at $75 or above).

If you’re already a member in Minnesota Gun Rights, then I hope you’ll consider a generous and immediate donation to help us stand in the gap and fight for you.

Not a Member? JOIN HERE!