With just weeks to go until Election Day, Minnesota is in trouble.

Polls in the most hotly contested State House and Senate (special election) races here in Minnesota are separated by a razor thin margin.

Many weak “pro-gun” candidates across Minnesota are in the fight of their political lives.

Control of the Minnesota House and Governorship are up for grabs, as well as the Senate which has one special election taking place leaving the Senate currently tied at 33-DFL and 33-GOP.

In other words, our ENTIRE government is up for grabs and the anti-gunners know it.

That’s why BILLIONAIRE anti-gun activist Michael Bloomberg is spending MILLIONS of dollars to turn Minnesota into a gun-control “utopia” like California and nearby Illinois!

And that’s why I’m pulling out all the stops with the largest mobilization campaign Minnesota Gun Rights has ever run!

In fact, just below is a picture of just some of the mail we are deploying in targeted races all across Minnesota.

The mail will be exposing candidates like anti-gun Representative hopeful Brad Tabke who is running to defeat 100% pro-gun candidate Erik Mortensen in House District 55A.

Erik Mortensen is promising to be a gun rights champion and to lead the charge to pass Stand-Your-Ground law for Minnesota, and that’s why anti-gun groups are going all out to CRUSH him!

I’m asking for your IMMEDIATE financial support to help us run our mobilization program to educate gun owners in HD55A and across Minnesota using direct mail (like you see below), radio ads, newspaper ads, social media and more. 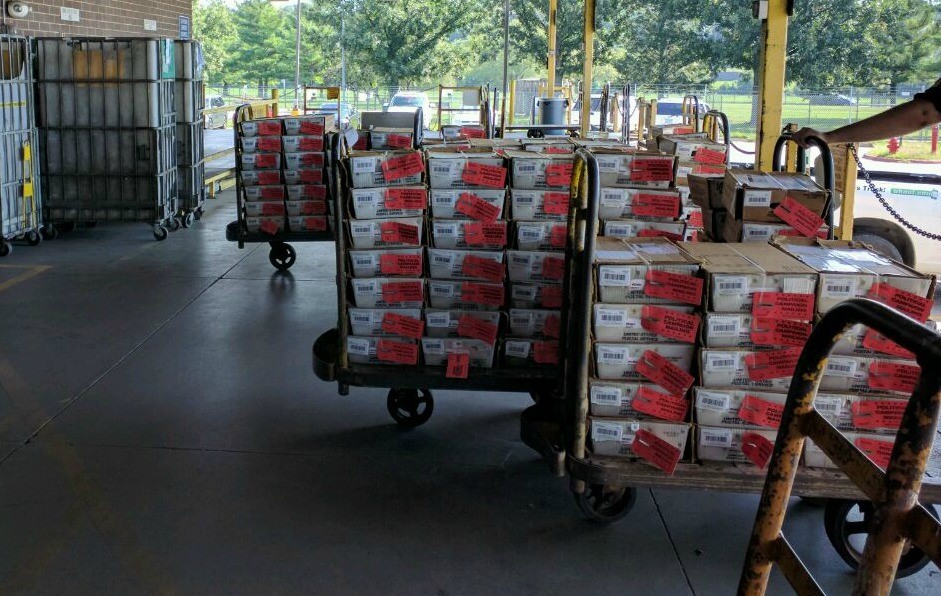 The copy is written. The ads are being cut. But with time running out, I’m counting on your immediate help to run them!

The truth is, hard-hitting mail programs like these – which lay gun-grabbers’ records bare – are a nightmare for anti-gun politicians like Brad Tabke who are challenging pro-Second Amendment allies.

As a candidate for State Representative, Tabke has:

*** Supported the passage of “Red Flag Gun Seizure” laws, which would allow gun owners to lose their gun rights via secret court proceedings that they can’t attend;

*** Supported the banning of standard capacity magazines, bump stocks and a whole host of other commonly used firearms accessories!

But it’s not just House District 55A that I’m ready to target.

Minnesota Gun Rights is also preparing massive ad blitzes in other districts all across Minnesota to stave off Bloomberg’s death grip on our state!

You and I both know Internet, radio and newspaper ads aren’t cheap.

But I don’t want to hold anything back.

After all, mail like this is a critical complement to our hard-hitting email and radio/internet ads, which are already in the works.

And believe me, our impact WILL be felt – just as the voices of Second Amendment supporters have been felt all across Minnesota before.

But with SO MUCH on the line coming in to 2019, it’s time to go bigger than ever before.

It’s time to lay it all on the line.

It’s time to ensure that when the smoke clears from Election Day, you and I are giving each other high-fives instead of feeling down in the dumps.

That’s why I’m counting on you to help me make the hard-hitting mail, email, internet ads and radio ads I’ve envisioned all possible.

With time running out to launch this all-out paid mobilization blitz, will you please dig deep and agree to your most generous contribution of $250?

I know that’s a tremendous amount to ask for.

But time is running out and we are in the fight of our political lives.

This is it, Site. This is the final stretch before the 2018 midterms.

It’s time to put up or shut up.

It’s time to give it everything we have.

Minnesota Gun Rights is “all in.”

P.S. Minnesota Gun Rights is prepared to unleash a mountain of direct mail, emails, and online ads during the final few weeks before Election Day, to EXPOSE gun-grabbers and give gun owners the facts.

But I’m counting on your IMMEDIATE financial support to help us put this critical program in motion!

With time running out, I can’t waste a minute.