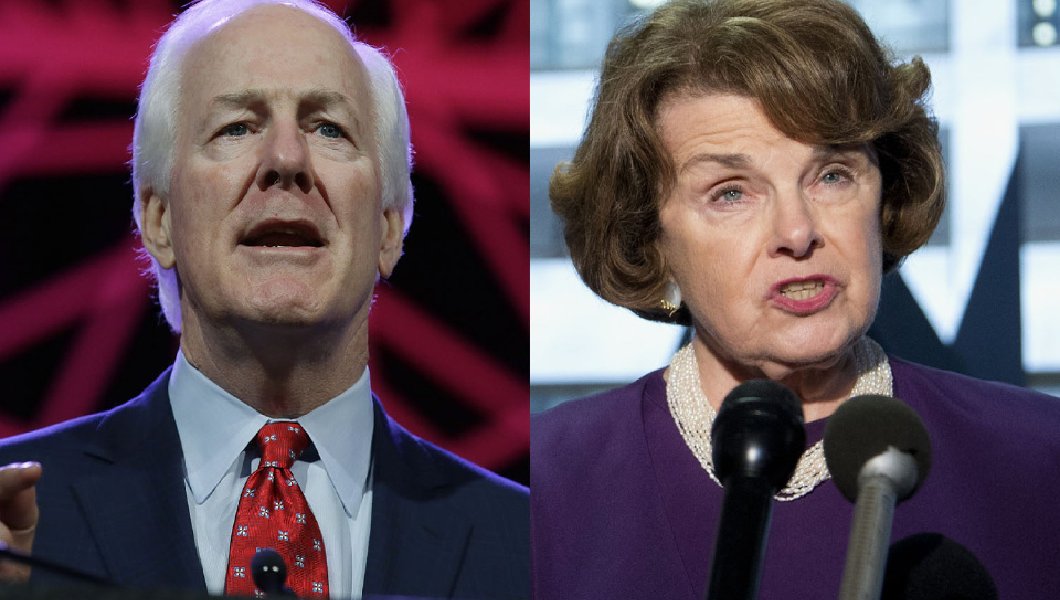 When Hillary Clinton lost her election over a year ago to President Donald Trump, you may have assumed that our gun rights were secure for the foreseeable future.

Maybe you thought that we could finally pass some pro-gun bills in D.C. for a change.

But that was before the Las Vegas and Texas shootings.

And let me tell you, the liberal media and Bloomberg funded front-groups could not be happier to see a bi-partisan gun control bill on the move.

Minnesota gun owners have a vital role to play in this gun-control debate, as both Senator Al Franken AND Amy Klobuchar are on the Judiciary Committee!

That’s why it is urgent that you contact both of them right away using the information I’ll provide below.

You see, using the recent mass shootings as political cover, the Feinstein/Cornyn bill would create a massive and ever-growing database of gun owners for the first time, by requiring states to centralize their records under a federal umbrella!

You’re going to be told that this has to be done, in order to allow the feds to limit mentally deranged people’s access to guns.

But we all know what a joke that is.

The shooter at the Orlando night club last year passed his NICS check — and waited days to pick up his gun — before killing 49 people.

The shooter in Las Vegas passed his NICS check too, before gunning down 58 people.

Before killing 9 people in a Charleston, SC church in 2015, Dylan Roof also passed his NICS check and legally purchased a firearm.

I could go on and on as the Navy Yard shooter, the Fort Hood shooter, the man who shot former Congresswoman Giffords and many others did so AFTER they passed their NICS checks.

Clearly federal and state level gun control has done little to stop dangerous people from buying firearms and committing mass murder — and that’s only the people who tried to go through the background checks in the first place!

As we all know, many criminals simply steal their firearms from family or others, as was the case with the Sandy Hook shooter and many others.

So increasing the number of records in this massive federal database will do nothing to stop committed criminals.

But it will give Diane Feinstein and her allies an absolutely massive list of gun owners in America, a list that can and will be used against gun owners down the road.

When Connecticut passed a sweeping gun control package in 2013, they used their state database to demand gun owners to surrender certain types of firearms.

The same thing happened in New York and California.

But if the Feinstein/Cornyn bill passes through the Judiciary committee –- this radical East and West coast gun control will be law right here in Minnesota, too!

And don’t forget just how often the federal NICS system is already used to deny law abiding people their gun rights by mistake.

As numerous reports have documented, over 250,000 veterans have had their gun rights stripped away because their name was added to the NICS system for almost no reason at all!

Many were placed in NICS for things as petty as having a fiduciary manage their financial affairs!

The NICS system was a mistake when first passed into law, it clearly does not stop violent crime, and is used to deny gun rights to people who have done nothing wrong –- the last thing we should do is strengthen it!

That’s why it’s urgent that you contact Minnesota Senators Amy Klobuchar and Al Franken and insist that they oppose the Feinstein/Cornyn gun control bill at every turn!

So please contact both of our Senators right away!

You can reach Al Franken by:

You can reach Amy Klobuchar by:

Gun-grabbers like Diane Feinstein and her pals in D.C. likely never dreamed that they would be able to advance gun control once Hillary Clinton lost.

But with Republicans like Senator Cornyn and numerous others publicly championing the bill, this is a very serious threat — which is why I hope you’ll take immediate action!

And when you’re done, please help Minnesota Gun Rights get the word out about this and prepare for the 2018 legislative session, by renewing your membership right away!

But as we’ve seen time and time again, almost every recent mass shooting in this country took place AFTER the shooter passed a NICS check –- demonstrating their utter futility!

In reality, Feinstein and her pals are using the recent tragedies as an excuse to create a massive national database of gun owners!

Worse, Feinstein has the support of numerous Republicans like Senator John Cornyn (TX) and Tim Scott (SC) meaning that this bill is a very real threat!

Now, the bill is going before the Judiciary Committee on which Senator Al Franken AND Amy Klobuchar are members.

That’s why it’s absolutely vital that you contact them right away using the information provided above!

Insist that they oppose this bill at every turn!

When you’re done, if you’ve not yet done so, please renew your membership in Minnesota Gun Rights right away!